The Women’s Conference is the nation’s premier forum for women, and its mission is to empower women to be Architects of Change in their homes, their workplaces, their communities and the world around them.

The Women’s Conference event was originally established in 1985 by Governor George Deukmejian as The California Governor & First Lady’s Conference on Women, a non-partisan forum for women small business owners. At that time, women-owned businesses were failing at a high rate and the conference was created to provide support to this growing sector of the economy and help women access funding and resources.

Since 2004, under California Governor Arnold Schwarzenegger and First Lady Maria Shriver’s leadership, the event has  grown into the largest one-day conference for women in the nation and has become an iconic destination for world opinion leaders, entrepreneurs, visionaries, tastemakers, spiritual figures, authors, journalists, artists, and women from all walks of life to share perspectives, find common ground, undergo transformative experiences and create lasting legacies.

The annual event is held at the Long Beach Convention Center in Long Beach, California.

The 14,000 women who attend The Women’s Conference come from all over California, but primarily Southern California. They range in age from 16 to over 65, and are diverse in terms of their occupations, income levels, race and ethnicity, and political affiliations.

A non-profit, non-partisan organization, The Women’s Conference is led by California First Lady Maria Shriver and her belief in the “power of WE.”  The Women’s Conference is a “conference with a conscience” that has formed partnerships, developed programs, and supported initiatives — in California and beyond — to extend the inspiration of the conference beyond the day-long event and empower women everywhere.

WE Invest is a women’s economic empowerment initiative, which supports organizations that provide women and families of the state with tools and resources needed to achieve financial self-sufficiency.

WE Care is a women’s health empowerment initiative, which supports the work of CARE International, a leading humanitarian organization, to save the lives of thousands of pregnant women in Africa and Latin America.

The Minerva Awards – WE Honor

Named after the Roman goddess who graces the state’s seal, The Minerva Awards were founded in 2004 by First Lady Maria Shriver. Each year, five remarkable women are honored on the main stage of The Women’s Conference for stepping forward in the spirit of Minerva and changing their country with their courage, strength and wisdom.

The Minerva Leadership Program – WE Nurture

The Minerva Leadership Program seeks to inspire, educate and empower young women leaders between the ages of 16 and 22 who are civically oriented and socially conscious.

The Military Families Initiative provides prepaid calling cards and other resources to deployed troops with families in California.

The Minerva Scholarship Program – WE Educate

The Minerva Scholarship Program recognizes and assists outstanding California women in their pursuit of higher education.

Erin Mulcahy Stein is the current Executive Director of The Women’s Conference, which is headquartered in Los Angeles.

The Women’s Conference Board of Directors

Every year, women leave The Women’s Conference feeling transformed – they are inspired to make change happen in their lives, empowered to serve their communities, and emboldened to reach goals that once seemed out of reach. CaliforniaWomen.org is a place with resouces, programs and tools to keep this feeling alive throughout the year, connect these women to many others around the world, and remind all women of their power to be “architects of change.”

We have incorporated the latest in design and technology to connect, educate, empower and inspire women in California and beyond. Please join our mailing list to get our newsletter and other important information. We also welcome you to join the conversation on our discussion boards and view and comment on our multimedia galleries. 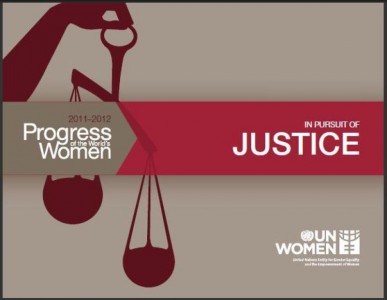 Copyright © 2020 | The Womens Conference. All Rights Reserved
The Women's Conference is a registered trademark of The California Governor and First Lady's Conference on Women.